Top performances: Gilles and Stefano both head to the FIFA World Cup 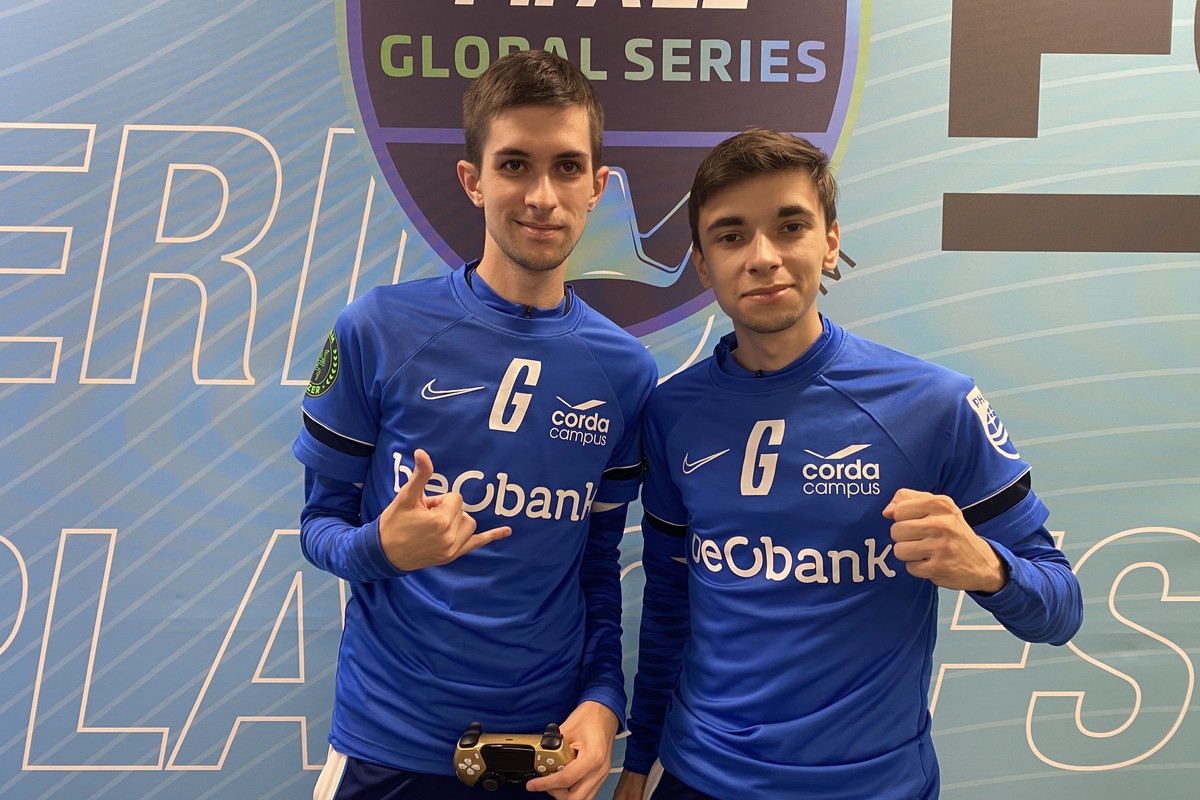 A top achievement: Both Gilles Bernard and Stefano Pinna are part of the 32 best FIFA players in the world and will compete for the title of world champion at the FIFA World Cup 2022 (July 14-17, Copenhagen). The two KRC Genk Esports players are also the only two Belgians at the World Cup, havingmanaged to earn their place during the playoffs in London last weekend.
Last weekend, the 128 best FIFA players in the world gathered in London for the World Cup Play-Offs, a battle for the 32 places in the FIFA World Cup, which will take place from July 14 to 17 in Copenhagen. In the preliminary round on Thursday, both men managed to push through thanks to nerve-wracking and decisive set of penalties. They then won their two matches on Sunday to secure their qualification. In Copenhagen, in addition to the world title, a prize pool of USD 500,000 is also at stake.
Stefano Pinna: “It is great that we have been able to qualify for the World Cup with both of our players. Being the only two Belgians and also playing for the same team, that is a very impressive story. It is the third time for me that I can compete at the highest leavel. In 2018 I managed to win the world title (on Playstation), and that is of course the aim again, but it will certainly not be easy with the current level of those who have qualified."
Gilles Bernard: “It's great to be able to earn this qualification. It will be my first time at the World Cup, but I can certainly take strength from the support and experience of my teammate Stefano. In the decisive match I played as ePro League Champion against the champion of the Dutch eDivisie, so winning that "Lowlands derby" this place in the World Cup at stake was of course a nice extra!"
For KRC Genk Esports, the ambitious project that the club started two years ago, this is yet another milestone in a very short time. With the Belgian FIFA title in the ePro League and the Benelux title in League of Legends already among its honors, the team is increasingly laying claim to the leading position in the Benelux with this latest milestone. The foundation of the team's rapid advance in a very short period of time lies in their highly professional approach to the project. KRC Genk very consciously chose to copy the expertise and know-how in running a professional football club into the world of Esports. For example, the players enjoy the best facilities (KRC Genk Esports Arena), they train daily under the supervision of specialized coaches and even the mental coach of the first team is also responsible for their mental guidance. This is to say nothing, of course, of the players who've joined the project also benefitting from this incredibly successful trajectory.
TOP NEWS
Deel via
op Facebook op Twitter op LinkedIn op Pinterest op WhatsApp vie e-mail
Ouder More recently
x