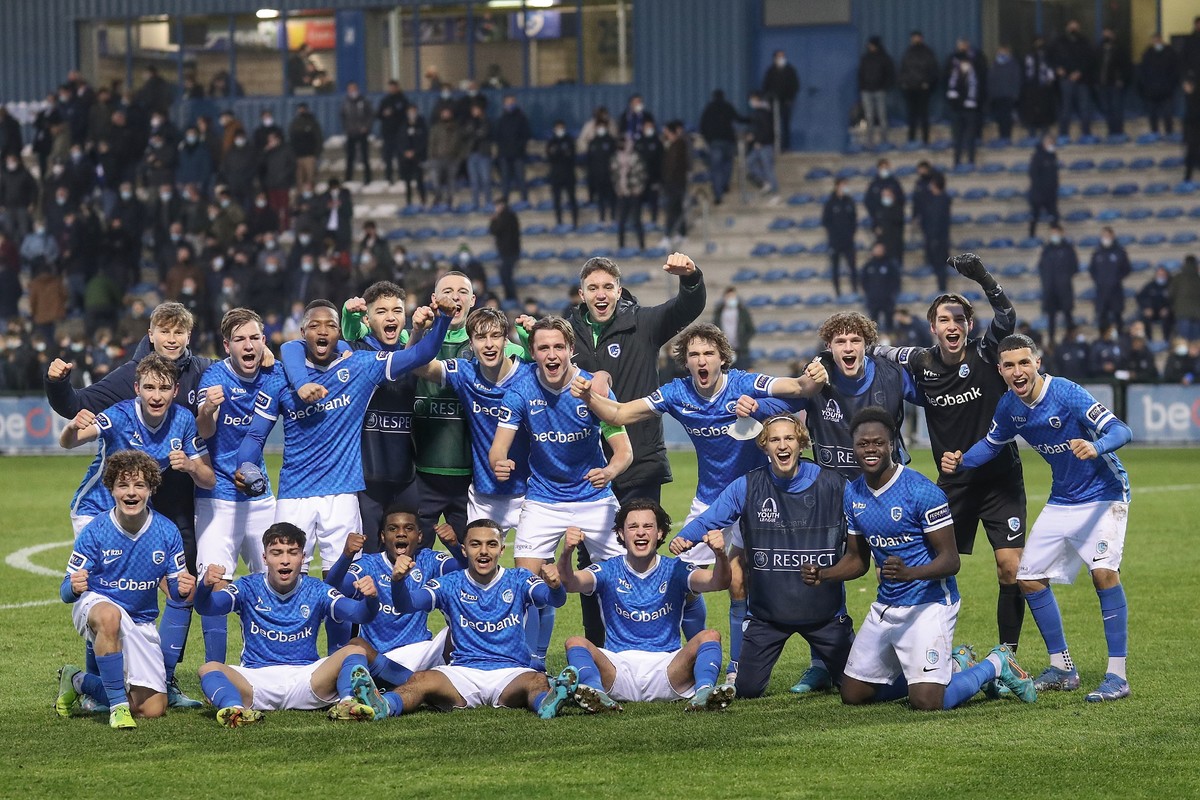 Chelsea was paying a visit to KRC Genk, a top Belgian team with a world-renowned academy. The stakes: a place in the round of 16 of the UEFA Youth League. Chelsea were one of the favourites in this tournament, but our U19s wanted to put a stop to that. The Genk youngsters had plenty of confidence; in Europe they’ve won all four of their matches, and in their own country our lads are comfortably top of the table, with just one draw and the rest of their matches all victories.

In the initial phases of play, our team seemed somewhat cowed by the conditions. The sturdy English lad immediately looked to get stuck in, playing in front of almost 1500 supporters. Indeed, the first chance(s) of the game would fall to the visitors. However, KRC Genk quickly took the upper hand, becoming fiercer in their duels and showing themselves to be the superior footballers., something which also led to opportunities. Swerts tried his luck from afar, but his shot was blocked by Chelsea goalkeeper Sharman-Lowe. When the rebound fell to him, Abid couldn’t catch the ball cleanly enough to score. Immediately afterwards, we broke forward again, through a nice dribble from El Khannous, but his shot sailed over. After fifteen minutes of football, we had our first corner, and Geusens found Swerts' head, but his effort was within reach of the Chelsea goalie. The English were no longer showing much, and a goal from our team was in the air. On a long ball from Van De Perre, Rommens showed excellent control and delivered a great pass to Diawara. Our striker finished mercilessly with his head: 1-0! It would serve as a wake-up call for Chelsea, though, as their striker Wareham hit the post in minute 24, and on the rebound Rankine went wide from close range. The English side had restored the balance, although we remained the most dangerous team with opportunities for Jay-Dee Geusens and Lucas Beerten, among others. We went into halftime with a deserved lead.

Chelsea realized that something had to change and brought on three new players: Thomas, Webster and Soonsup-Bell, the last two of whom have already played minutes for the first team of the top English club. These changes didn't bring much solace, however, because our team immediately had another chance, as John just missed a low cross from El Khannous. Then, in the 55th minute came a bizarre turn of events at the edge of the penalty area. Abid had a good hold of the ball and was fouled by Webster, and the referee pointed to the spots. Geusens converted the penalty flawlessly and doubled our lead; the spaces were getting bigger, as our lads dominated and showed their technical skill. And then the Chelsea defense had its own struggles, as Kelvin John intercepted the ball, headed for goal and played in Diawara, who only had to tap the ball into the back of the net. It was a second goal for our striker, who had celebrated his 18th birthday yesterday. Chelsea would themselves be awarded a penalty immediately after a foul by 15-year-old Madi Monamay. Hall converted to make it 3-1, but chances continued to come thick and fast for Genk: Abib had a huge chance, and Sekou shot wide. The 4-1 was inevitable: Kelvin John was again involved in the build-up, setting up Adnane Abid to score this time, before substitute Cutillas Carpe added another goal near the end of the match.

5-1 against Chelsea, you read that right. What a performance from our U19s, especially without Luca Oyen or András Németh! It was just further proof of our world-renowned academy. Next Tuesday we will know our opponent in the UEFA Youth League, where we are currently the only Belgian team remaining. Forza Racing! 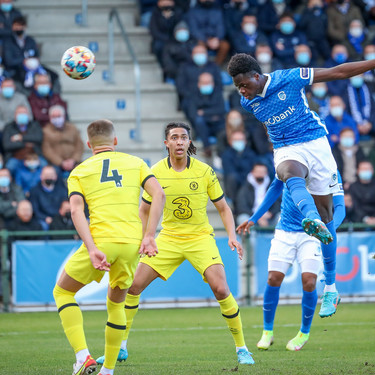 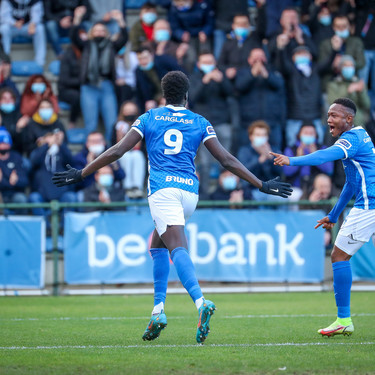 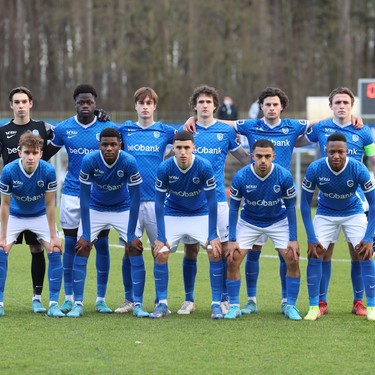 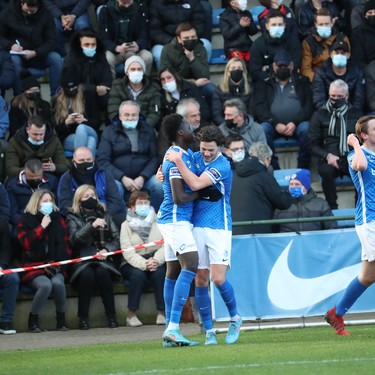 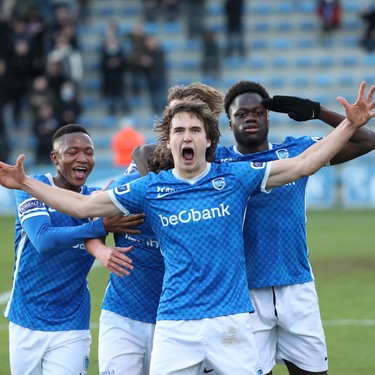 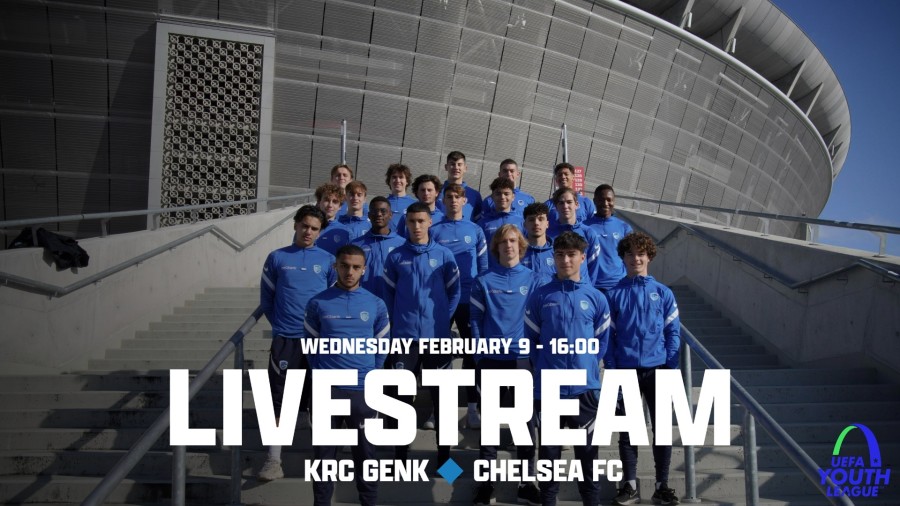 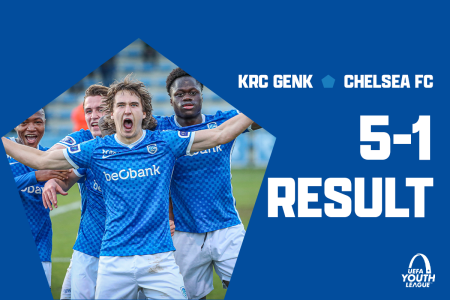 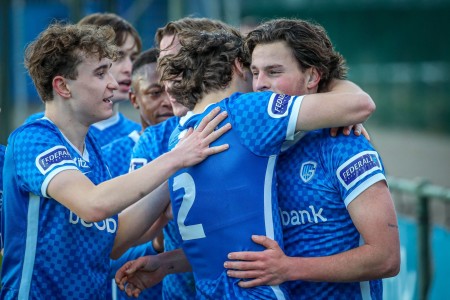