Eliminated on penalties by Liverpool

It was a bitter result, very bitter. Our U19s have been eliminated from the UEFA Youth League. In Liverpool we were the better team, but we lost on penalties. 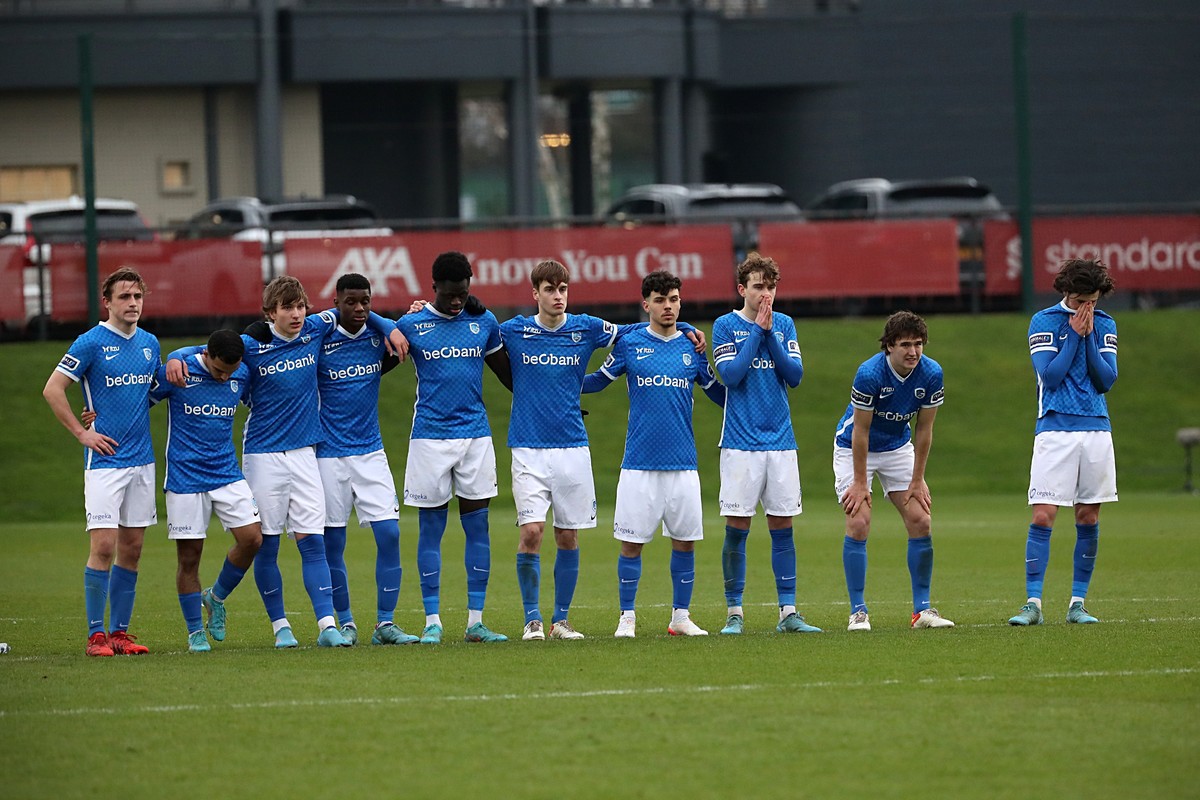 In 2019 our U19s won, 1-0, in Liverpool. Could we do the trick again some two-and-a-half years later? That previous encounter came in the group stage, and this time it was in the Round of 16 of the UEFA Youth League. In the previous round, our youngsters had thumped another top English side, Chelsea winning 5-1 at home. This time, the team would take to the pitch in England. It was an away day in Liverpool, and a match that was played in typical British conditions: drizzly and wet. The pitch was nevertheless immaculate, smooth as a billiards table.

Liverpool applied a lot of pressure in the initial phases of play, and immediately threatened with a shot right at goalkeeper Leysen. Our team had to get used to the pace of the match, but soon took control. We did well to run the game, and had long spells with the ball, as the Reds tried to break quickly; real chances were far and few between for a long time. There were occasions here and there, but we didn't take them. Arabaci had a good chance after about 30 minutes, but his effort from a corner taken short was tipped behind for a corner. The corner that followed resulted in a scramble at the Liverpool goalmouth, but unfortunately no Genk player could put the ball into the net. Then came another dangerous move up our left flank, but neither Sekou nor Arabaci could break the deadlock. Liverpool would gradually grow into the match, as Tobe made a good save from a one-on-one. It seemed to give the British side some needed motivation, because Cannonier was able to score just before half time. We thus headed to the dressing room trailing 1-0, although we still had the feeling that Liverpool could be vulnerable.

With guts, and with confidence, we came out strong to start the second half. This renewed sense of urgency would quickly pay off, as the equalizer came within five minutes: Jay-Dee Geusens found the top corner from the edge of the area with his left foot. What a goal! The game was now there for the taking, as Liverpool sat off, with the English side chasing shadows at times. Our team kept threatening, though, as El Khannous drove into the box, put in a good cross, only for it to just miss Arabaci. Abid then dribbled into the area, but his curling effort struck the post; in between, these chances, Tobe again had to intervene on a counterattack. We kept piling up the chances: another came for Godts, on a long ball by Rommens, and he had a good opportunity, but his shot was blocked, Abid scuffed his shot on the rebound, and then El Khannous slipped in Rommens but he failed to pick out Seko. Despite a fine effort, we failed to score as the game neared its end. It remained 1-1, and without added time, we went straight to penalty kicks.

Liverpool would then come out on top in the penalty shootout. It was a bitter result, because our youngsters were the better on the basis of what happened on the pitch in the game. 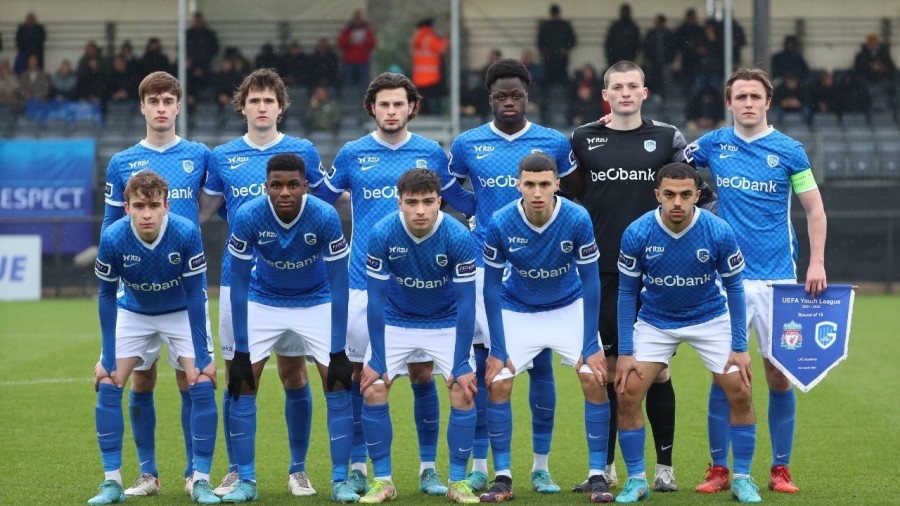 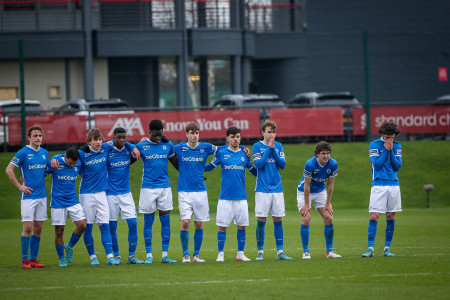 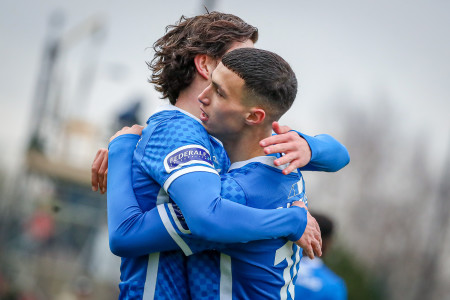 In het spoor van onze U19 in Liverpool