A party for Genk: A 1-0 win against KAA Gent 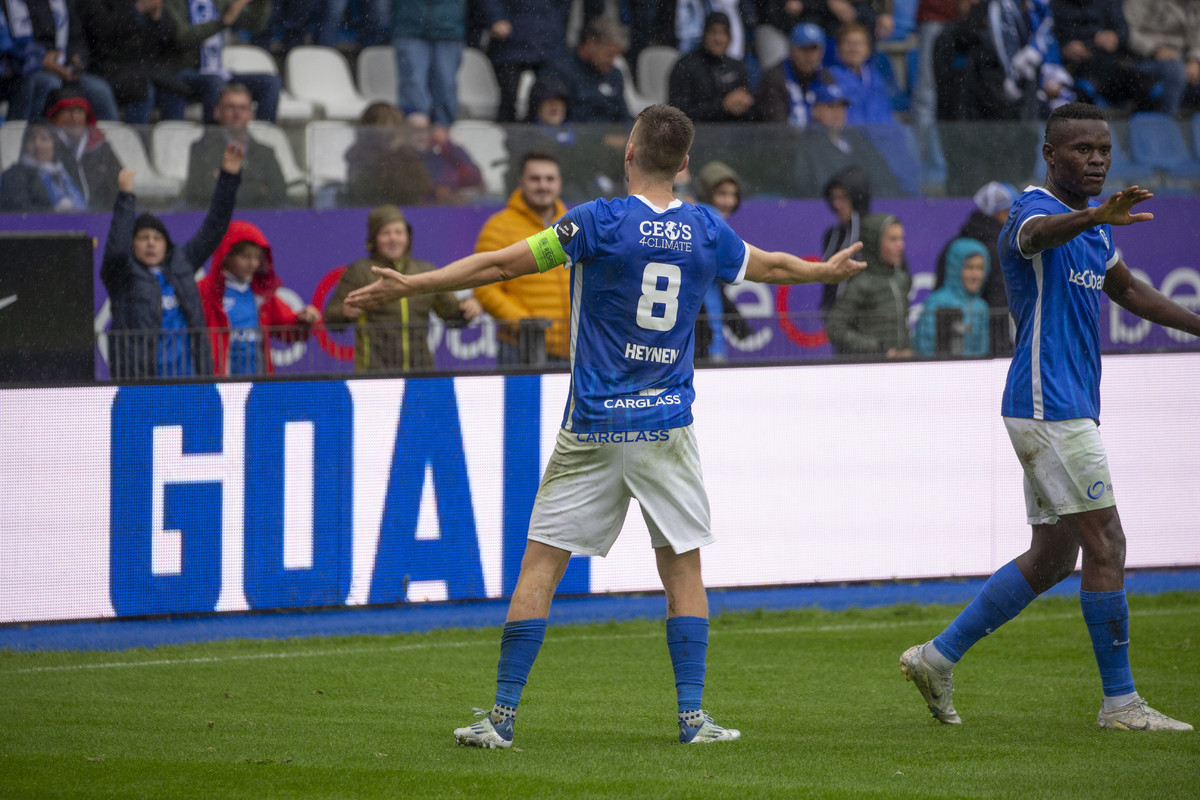 Coach Wouter Vrancken made one forced change to his starting lineup: Preciado took the place of the injured Paintsil at kick-off. For Carlos Cuesta, the game against KAA Gent was his 100th game for our team.

Leandro Trossard was a guest at the Cegeka Arena and together with Bernd Thijs gave a ceremonial kick-off, while our supporters unveiled an impressive tifo.

Both teams started the game eagerly and that quickly translated into a few chances; a shot from Trésor went wide, and at the other end Arteaga had to quickly intervene against Samoise. Overall, though, things weren’t very dangerous in front of Vandevoordt's goal in the first half, with the exception of a shot by Odjidja in the 26th minute. After half an hour, our greatest chance of the first half would come as Onuachu had a one-on-one with with Roef, but Torunarigha tracked back to help cover. Barely behind, we went into halftime having come closest to scoring a goal: a fine header by Preciado, from Arteaga's cross, was tapped away from the far corner by Roef.

The first big chance of the second half would come for the visitors: Cuesta hesitated on the ball, and Cuypers was able to intercept and charged towards the goal alone. Fortunately, he was well-followed by Cuesta, who made up for his mistake. Afterwards, our team increasingly gained the upper hand in the match, as we tested the Gent defence several times. The goal to make it 1-0 finally came at the end of the game; not via an effort by El Khannouss, not on a powerful free kick from Trésor, not on a volley by Castro, but via a header from Bryan Heynen. In the 90th minute, Mike Trésor, as he has so often this season, played a decisive role. A fine free kick was delivered in from the right flank, before being headed home by our captain, who happily nodded in his fifth goal of the season.

In this way we stay hot on the heels of leaders Antwerp. Now follows a weekend with the international break before we travel to take on KV Oostende on October 1. Forza Racing! 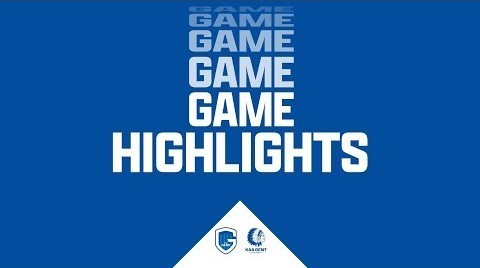 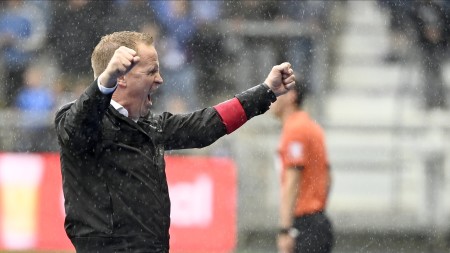