A title for our youngsters 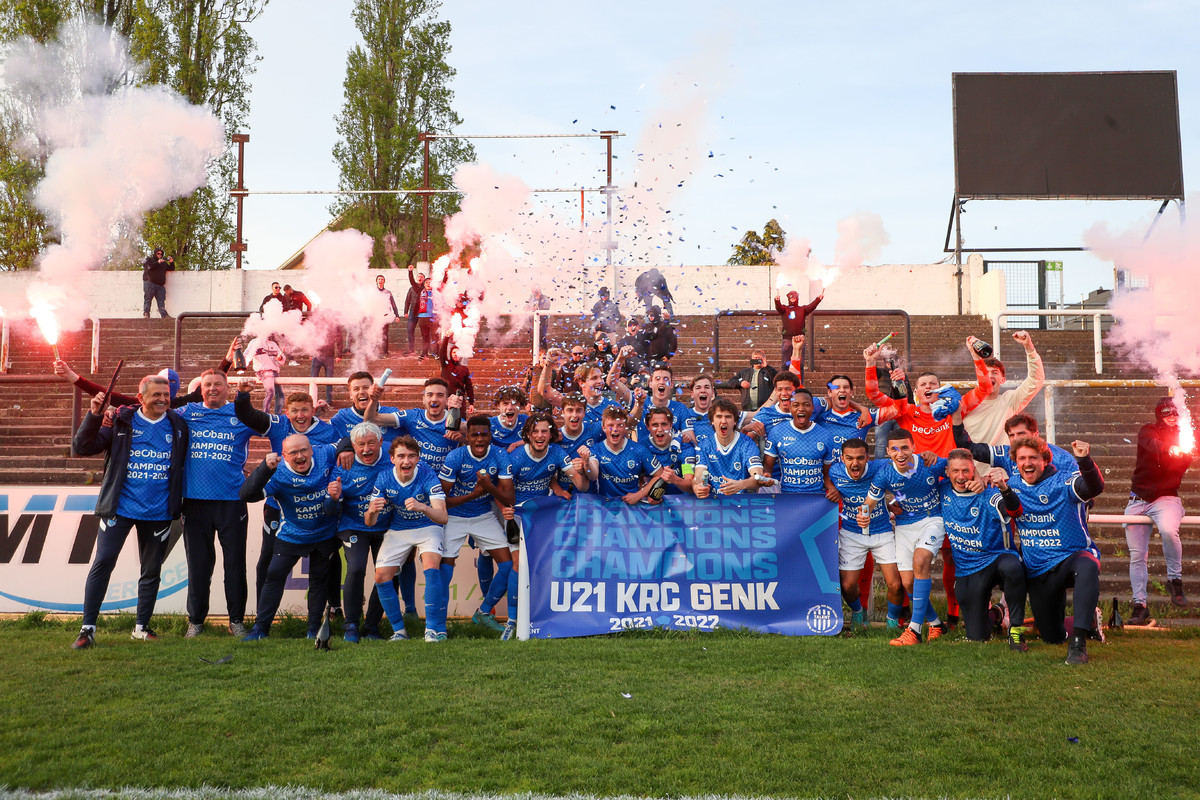 It had been in the offing for a while, but finally we are taking the title home. The championship is ours! Our youngsters won 1-2 away to Olympic Charleroi, in a match in which a draw would have been enough to claim the title.

Kelvin John quickly gave Genk the lead after a poorly cleared corner from Charleroi. Genk then took charge and created a number of dangerous chances before Jay-Dee Geusens made it 2-0 with a well-taken penalty.

Not much later, the Olympic side were also awarded a penalty. Leysen kept the ball out of his goal with a fine save, but his happiness was short-lived. Our goalkeeper had left his line too quickly, and Olympic were able to retake the penalty, converting to make it 1-2 at halftime.

After the interval, our boys continued to control the game and were dangerous a few more times. However, their efforts did not result in a goal. After the final whistle, though, the Champagne flew into the air as the team celebrated their win.